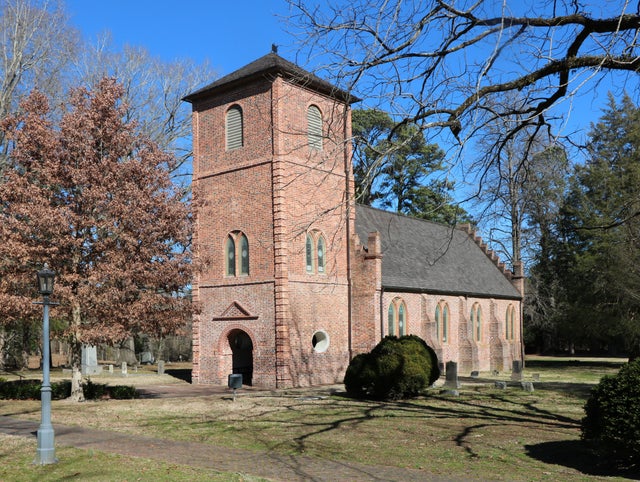 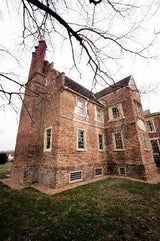 Tour departing Kingsmill at 9 am

Bacon’s Castle- the oldest brick dwelling in North America and was built for Arthur Allen and his family in 1665. Originally known as Allen’s Brick House, it earned the moniker “Bacon’s Castle” in 1676 when several of Nathaniel Bacon’s men occupied the home for four months during the uprising that became known as Bacon’s Rebellion. Bacons Castle was once a Jeopardy question as to the oldest American Brick House.

Historic St. Luke's Church- local legend would date the completion of the church building to 1632. Scores of passionate people have treasured and passed down stories to following generations which support the 1632 date. Architectural historians, archaeologists, and historians have examined the evidence and now suggest a completion date between 1685 and 1687.  Architectural historians feel comfortable with the claim that St. Luke’s remains Virginia’s oldest surviving church building. Jamestowne Society ancestor Joseph Bridger is buried here.

Wreath laying at Bridger's burial and Chanco Memorial in Surry Co. Joseph Bridger was a councilor who lived in Isle of Wight County. He served from 1673-1686. Chanco was an Indian who lived with Richard Pace at Pace's Paines in Surry County. The night before the uprising of 1622 informed Pace of Opechancanough's plot and saved the Jamestown Colony

*Please add 1 at a time to your cart with the attendee name and meal choice.